Why is There Increased Risk While Driving At Night?

Drivers must treat driving at night differently than in the daytime, as there are several factors that cause it to be more dangerous. The lack of visibility is only one aspect that can lead to nighttime crashes in Michigan. Matz Injury Law wants to make sure you are driving safely as days shorten and nights grow longer. If you or your loved one is in a car accident at night, however, our personal injury lawyers are here to help you sort through all the insurance claim requirements and reach a fair settlement.

Most Common Dangers of Driving at Night

According to statistics compiled by the National Safety Council (NSC), half of all traffic deaths occur in the dark. Dangers lurk as the sun goes down and directly affect your driving abilities and that of other cars and trucks on the road. The most common types of dangers that occur because you are driving at night include poor visibility, intoxicated driving, and reckless drivers. 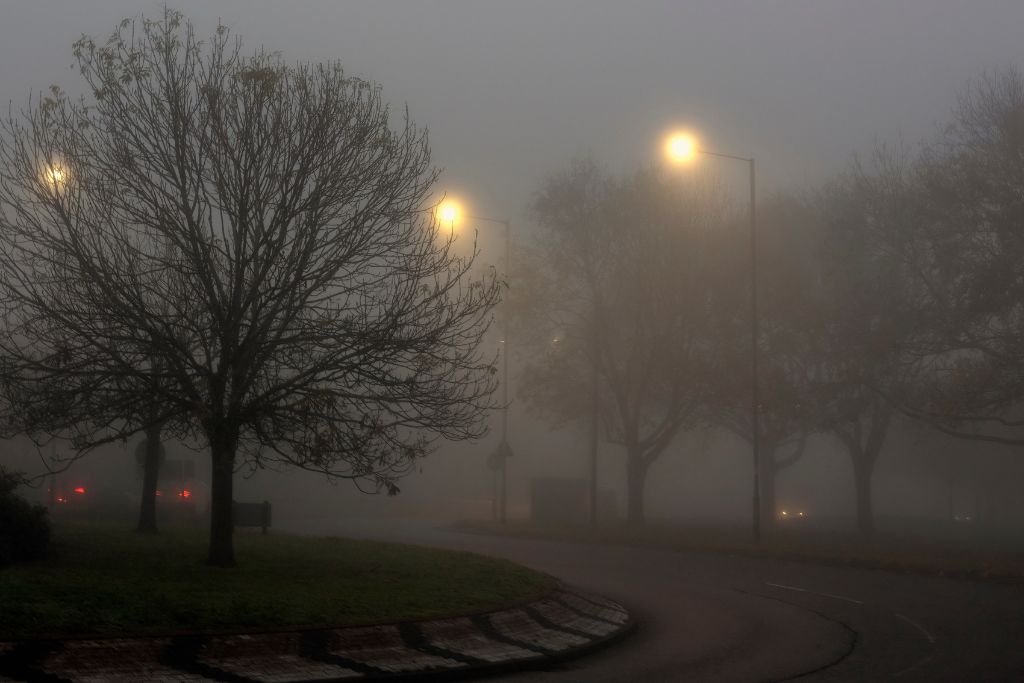 As the skies darken at night, visibility begins to decline, and roadways and surroundings fade from view. The occasional glare of street lights and the headlights of an oncoming vehicle does not make up for the difference, and you are left to do your best at deciphering what is ahead of you, including road signs.

Distances become harder to gauge due to poor visibility. You also are challenged to see what might be in the road ahead of you, such as deer or other animals, or various debris. Pedestrians crossing the street or walking along the edge of the road become difficult to decipher as you drive. Your peripheral vision is limited as well.

One theory concerning the cause of collisions at night is the “moth effect.” The sight of shimmering bright lights in the dark, such as another car’s lights on its high beams, can mesmerize or distract a driver, causing them to lose focus on the road ahead, which can lead to a collision. Night vision is challenging even more for drivers with cataracts, who often see blurred rings around the headlights coming toward them.

Drivers under the influence often drive at night, and this is dangerous to you and others on the roadway. Reports by the National Highway Traffic Safety Administration (NHTSA) show that a large majority of fatal crashes involving drunk driving occur at night. Nighttime driving, as a result, puts you at higher risk of sharing the road with intoxicated drivers and being involved in a car crash.

Several reasons cause reckless driving at night. The common one is that there is less traffic at night, and drivers may think they have the roadway to themselves. Nighttime drivers do not expect to see many cars on the road during the darkness as opposed to rush hour and daylight, so they often fail to practice a duty of care to look out for the safety of others. As a result, they may speed, cross over lanes, or take other reckless actions. Combine this with the fact that visibility is poor, and you often have a recipe for disaster.

How to Avoid Driving Drowsy at Night 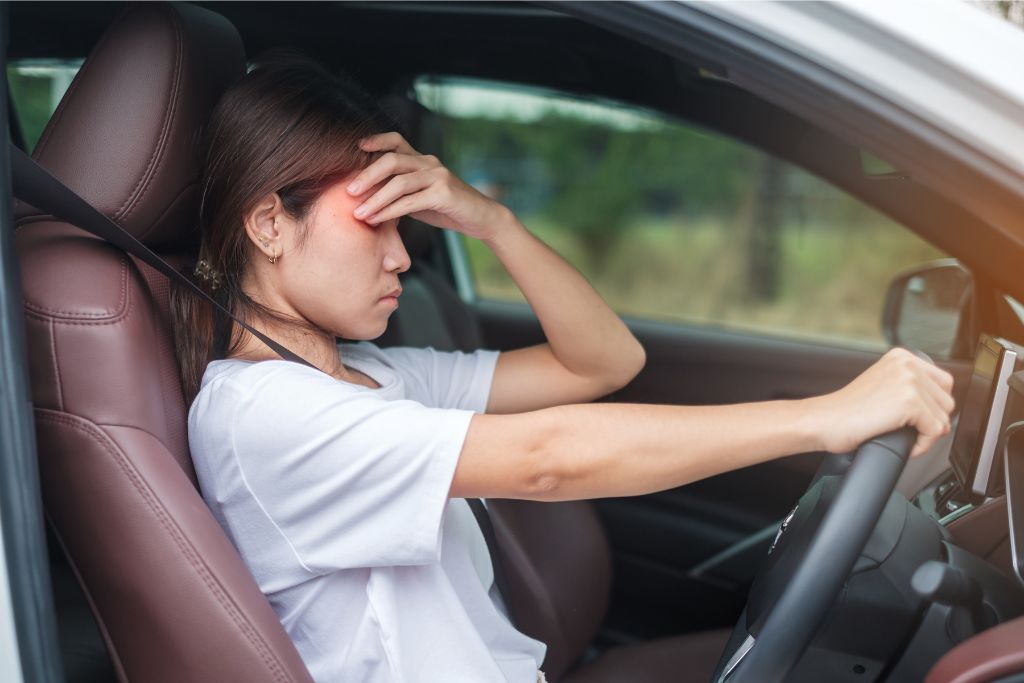 Drowsy driving can lead to a car accident and even a fatality. The National Sleep Foundation recommends that adults receive over seven hours of sleep to help prevent driving drowsy, which can lead to car accidents. As such, the main causes of drowsy driving today include the following.

Sleep deprivation often leads to sleepiness when behind the wheel and causes mental impairment, which can decrease attentiveness, lead to distraction, and slow reaction times. Decision-making becomes a problem, and this can show in how many risks a driver takes while driving.

Drivers with sleeping disorders fail to get quality sleep and end up driving drowsy. When they do so at nighttime, the risks of collisions increase. An example of such a sleeping disorder is obstructive sleep apnea which interrupts and restricts the quality of sleep.

Alcohol is a major contributor to drowsy driving, increasing a sleepy feeling that affects decision-making abilities and also reaction time. The driver’s affected vision, depth perception, and ability to judge distance and speed make for risky driving. Add the poor visibility that occurs at night with the drowsiness, and you have a higher risk of involvement in a motor vehicle accident.

What is the Most Dangerous Time to Drive?

Drivers are more likely to get into fatal accidents at night than in the daylight. The NHTSA Traffic Safety Facts identify nighttime hours as 6:00 p.m. to 5:59 a.m. Breaking that down even further, according to the Insurance Institute for Highway Safety, the early night hours of 6:00 p.m. to 9:00 p.m. are the most deadly. In many cases, a driver’s eyes are only beginning to adjust to a darkening sky at this time of day, along with the instrument panel lighting and oncoming traffic headlights and glare.

Tips for Driving at Night 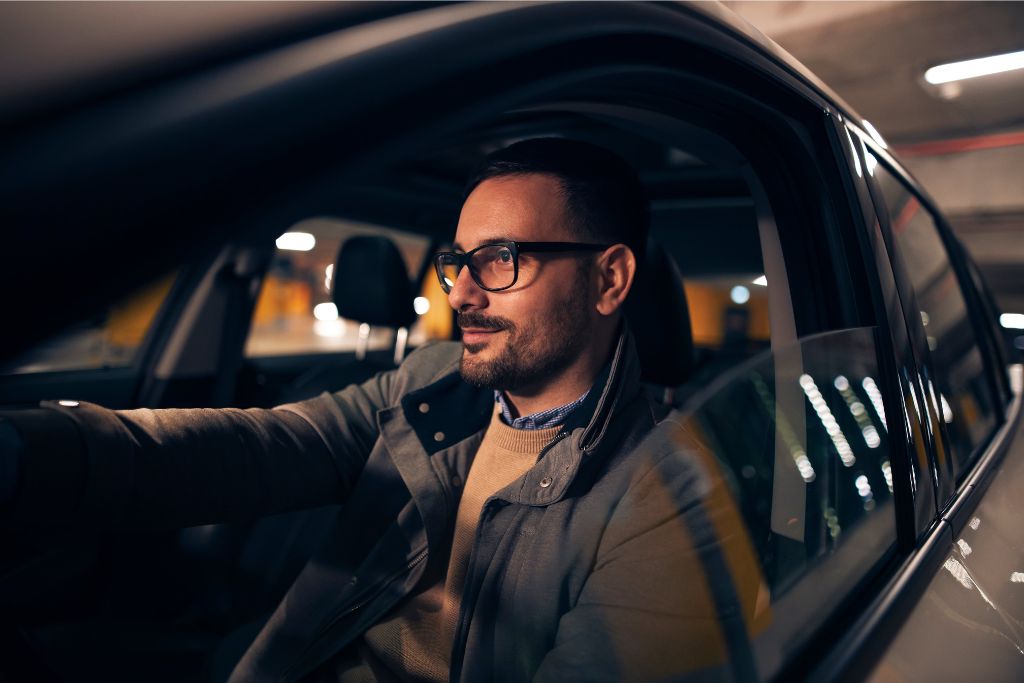 Passenger vehicle accidents with fatalities occurring at night are approximately three times higher than those that occur during the daytime. If you are planning to drive at night, here are some safety tips to take into consideration. They just might save you or your passenger’s life.

While you can do everything right, you are still sharing the roadway with other vehicles whose drivers may be drowsy, intoxicated, or reckless. For these reasons, you need to practice defensive driving to increase road safety. Stay alert. Be on the lookout for cars coming toward you and crossing the line or weaving. Keep more space between you and the vehicle ahead of you to account for any sudden braking. Impaired drivers are everywhere, so keep this in mind as you drive at night.

When driving at night, watch your speed to increase safe driving. The faster you drive, the less time you will have to react to your surroundings should the need arise. Adjust your speed to match with the lack of visibility, traffic, and circumstances that are common at night.

Consider what roadways you will need to travel on at night, and do your best to avoid narrow or two-lane roads. These roads tend to have more hills or sudden curves than highways, and the light quality is usually low or non-existent. Glare from oncoming headlights is also more intense.

Be Cautious of Wildlife

Wildlife moves at nighttime, often crossing roadways when you least expect. Collisions with deer and other animals are all too common in Michigan and can be dangerous for you and your passengers. Use high beams so you can see the glowing eyes of animals and have time to react. The safest way to respond is to avoid swerving and instead slow to a stop.

Michigan has a high population of deer, which prompted the creation of the Don’t Veer for Deer campaign statewide. The campaign aims to educate motorists and motorcyclists about how to avoid deer and what to do should a crash be unavoidable. It also informs you what to do if you do hit a deer.

Should You Seek Legal Help for a Night Crash?

Being in a car crash at night often brings with it much confusion when it comes to filing insurance claims. Even if the crash only involves your car, you should still seek out an attorney to help you receive compensation. Many factors may combine to cause the accident, including the reckless driving of another. Your attorney can review and evaluate your case, gather evidence, file your claim, and negotiate with the insurance companies.

As the Nights Grow Longer, the Stakes Grow Higher

Driving in the winter when the sun sets early can increase dangers. As the nights grow longer, the risk of being involved in a motor vehicle accident increases, and you may be left with medical bills and more to pay while trying to heal from injuries.

If you find yourself suffering injuries and damages as a result of a nighttime accident, a car accident lawyer with Matz Injury Law will know the steps to take to seek the maximum compensation available for your claim. Call our law office today at 1-866-22Not33 or use the online contact form to schedule a free consultation about your case.

Steven J. Matz is a founding shareholder of Matz Injury Law. The firm’s concentration is on personal injury litigation, with an emphasis on traumatic brain injury. Mr. Matz earned a Bachelor of Arts degree with high distinction and highest honors in 1974 from the University of Michigan and a Juris Doctor degree in 1977 from The George Washington University National Law Center. Mr. Matz lectures and publishes in a number of areas, including ethics, marketing, trial tactics, and head injury. Mr. Matz has served on the Michigan Association for Justice Executive Board and currently serves the Michigan Attorney Discipline Board as a Hearing Panel Chairman and Master. He is also a member of the State Bar Committee for Character and Fitness.
View Author Profile
Our Fee is 22% not 33%
Let's Talk Toll Free

The maximum contingency fee permitted by law is actually 33 1/3%. Michigan court rules require that the attorney fee be computed on the net sum recovered after deducting all disbursements properly chargeable to the enforcement of the claim.