What Do You Need For A Hit And Run Investigation?

If you have suffered personal injury or experienced property damage because of a hit and run, you are probably wondering about how the process works for fixing your damages. You may be able to obtain compensation from the driver who caused the car accident through a civil claim, but first you must know who they are. You might have to find that information through the criminal justice process. A criminal case for a hit-and-run is harder to win than you might think, though, because of the large amount of evidence needed to prove the driver’s guilt.

Matz Injury Law has experience with both civil personal injury claims and criminal hit-and-run cases. Let us help you in both criminal and civil hearings to repair the damages caused to you and your property. To set up a free consultation, call us at 1-866-226-6833.

What is Classified as a Hit-and-Run?

Michigan law requires any driver who has been involved in an auto accident to stop in a conspicuous place at the scene of the accident to wait for law enforcement to arrive. They are also expected to provide reasonable assistance to anyone in need. If a driver believes that remaining at the scene of the accident is not safe, either for themselves or others, they may not leave the scene until they have contacted the police. A hit-and-run accident occurs when:

Drivers involved in an auto accident that results in neither injury nor property damage still have a legal duty to stop and wait for the police. State law, however, does not provide the state with any way to enforce that obligation. As a result, an accident is only legally considered a hit-and-run when some kind of harm has occurred.

What is the Difference Between a Felony and Misdemeanor Hit-and-Run? 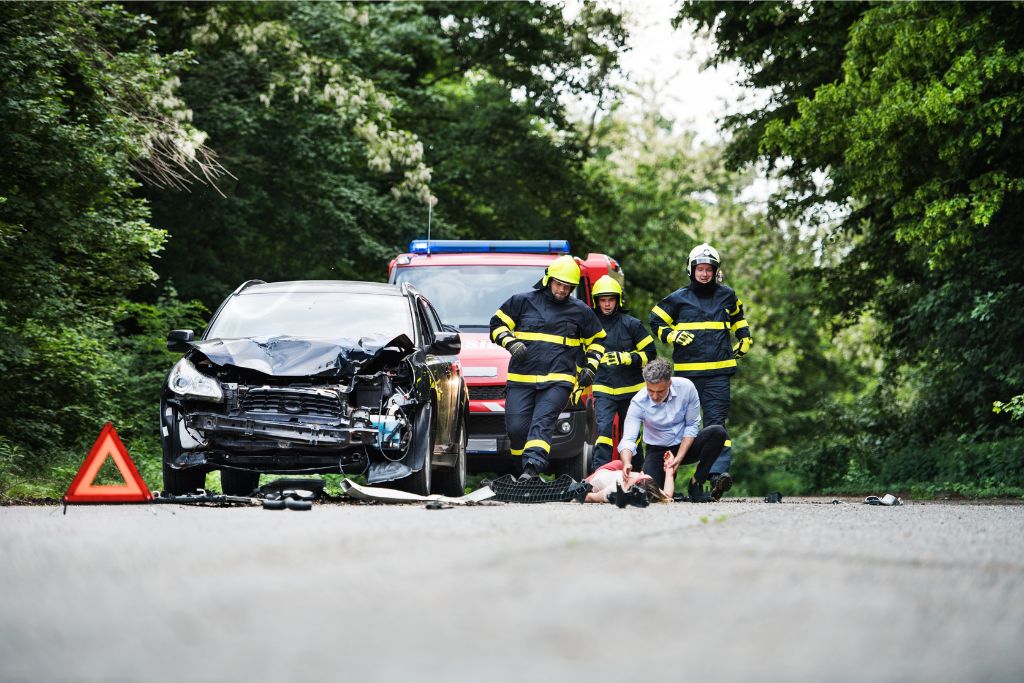 The key difference between a misdemeanor hit and run and a felony offense is the extent of damage caused in the accident. A person may be charged with and convicted of a misdemeanor or felony offense for leaving the scene of an accident regardless of whether they were at fault. In certain situations, however, the penalties for hit-and-run charges are much more serious if the driver was at fault for the accident.

Misdemeanor hit-and-runs involve property damage or relatively minor bodily injury. A person who leaves the scene of an accident that only results in damage to a motor vehicle is guilty of a misdemeanor punishable by up to 90 days in jail and/or a fine of up to $100. If the accident resulted in injury to a person, whether they were a motorist, passenger, or bystander, the person is guilty of a misdemeanor and could face:

Felony hit-and-runs occur when serious injury or death occurs due to the accident. If a driver who was not at fault for the accident leaves the scene where someone suffered “serious impairment of a body function or death,” they are guilty of a felony and could face a maximum of five years of imprisonment, a $5,000 fine, or both. A driver who was at fault in an accident that resulted in a fatality faces stiffer penalties for leaving the scene of up to 15 years in prison and/or a fine of up to $10,000.

What is the Conviction Process for A Felony Hit-and-Run Case? 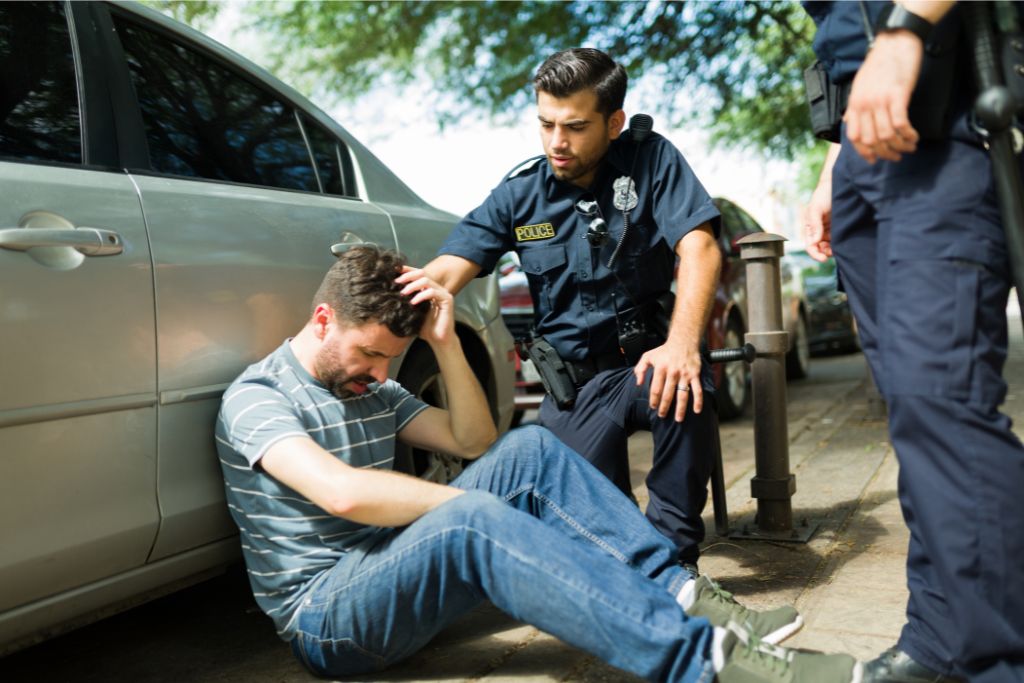 In any criminal case, the prosecutor has the burden of proving a defendant’s guilt beyond a reasonable doubt. This is the most difficult burden of proof in our legal system. Since criminal charges can result in jail time and other penalties, it is important the prosecutors produce as much evidence as possible to establish guilt.

A criminal charge alleging the most serious type of felony requires evidence of the following:

Once the prosecutor has presented all of the state’s evidence, the defendant puts on their case. The main job of a criminal defense attorney is to convince a jury or judge that reasonable doubt exists as to whether their client is guilty. The defense lawyer may call their own witnesses and present their own evidence.

Is the Conviction Process for a Hit-and-Run the Same for Misdemeanors?

The general procedure for misdemeanors and felonies in Michigan is the same, although each court may have its own procedures for certain matters. The prosecutor still has the burden of proving guilt, with the main difference being that they only need to prove that injury or property damage occurred, as opposed to serious injury or death.

Why File a Civil Case for a Hit-and-Run? 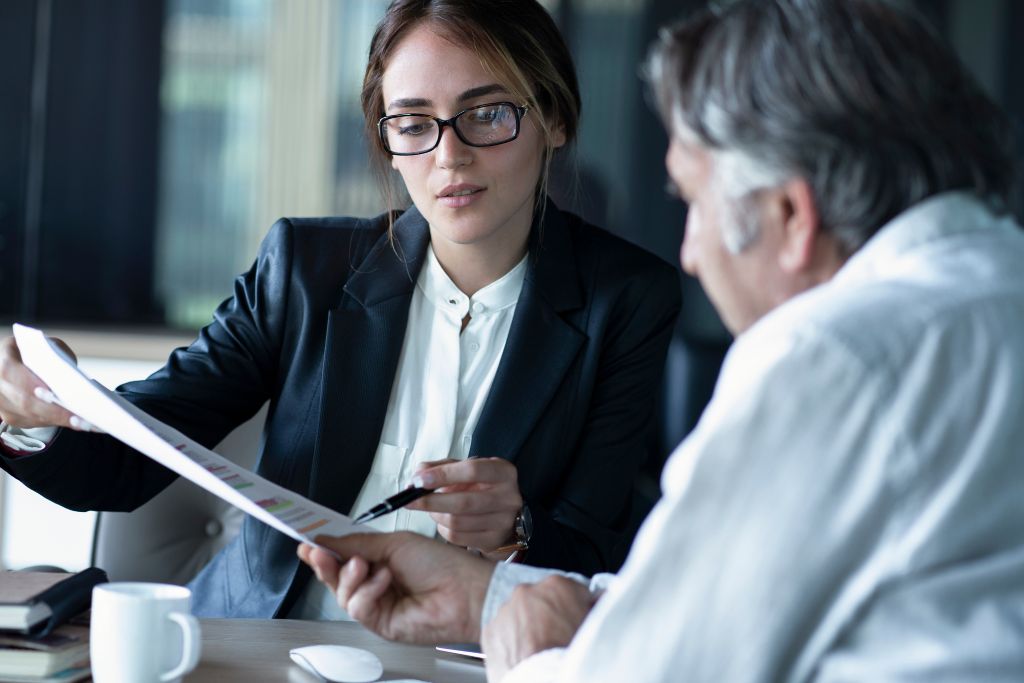 Criminal hit-and-run cases in Michigan may result in fines and jail or prison time for a defendant. They do not result in any sort of compensation for someone who suffered injury or property damage. To obtain damages for losses like medical expenses or lost wages, a civil claim for personal injury is necessary.

An injured person might be able to get damages from the defendant’s insurance company. They can recover from their own insurance company under Michigan’s no-fault law. If they cannot negotiate a settlement with an insurer, it might be necessary to file a civil lawsuit.

Do Not Let Reckless Drivers Run Away with Your Rights. Call Now for a Free Consultation

Steven and Jared Matz are compassionate and dedicated auto accident attorneys with years of experience. Matz Injury Law has helped accident victims and their loved ones throughout Michigan recover damages for motor vehicle accident injuries. To schedule a free consultation with a knowledgeable Michigan car accident lawyer from our dedicated team, contact the firm today online or by phone at 1-866-22Not33.

Steven J. Matz is a founding shareholder of Matz Injury Law. The firm’s concentration is on personal injury litigation, with an emphasis on traumatic brain injury. Mr. Matz earned a Bachelor of Arts degree with high distinction and highest honors in 1974 from the University of Michigan and a Juris Doctor degree in 1977 from The George Washington University National Law Center. Mr. Matz lectures and publishes in a number of areas, including ethics, marketing, trial tactics, and head injury. Mr. Matz has served on the Michigan Association for Justice Executive Board and currently serves the Michigan Attorney Discipline Board as a Hearing Panel Chairman and Master. He is also a member of the State Bar Committee for Character and Fitness.
View Author Profile
Our Fee is 22% not 33%
Let's Talk Toll Free

The maximum contingency fee permitted by law is actually 33 1/3%. Michigan court rules require that the attorney fee be computed on the net sum recovered after deducting all disbursements properly chargeable to the enforcement of the claim.